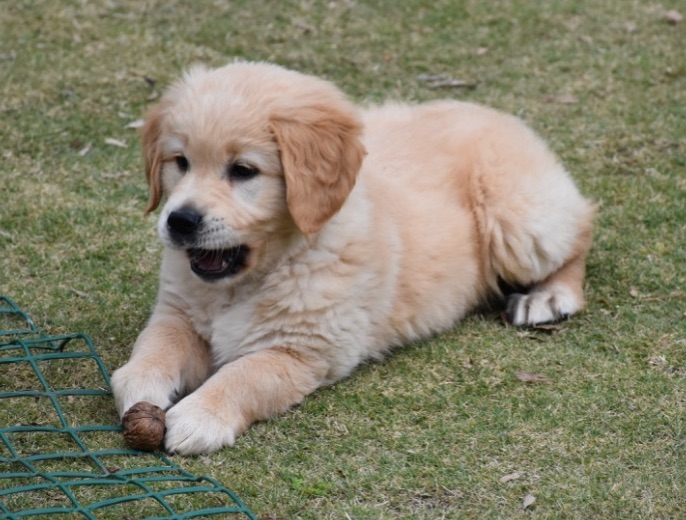 When Indy was taken home for the first time, he was a lovely ball of golden, silken fur. Nothing could be cuter.  The children loved holding him.  They played with him, in the backyard. They would pick him up and rub his tummy, as he tried to bite them, in a playful way with his needle like teeth.

It didn’t take long for him to learn his name. And when they came home from shopping or coming home from school, they would call his name. He would come running from the back of the yard to see them and then run full speed in circles to show how happy he was.

If you were to talk to Indy, you would find that he had a very large secret. His name was not plain like Indy, but something far more important and significant than that. He would tell you that he was descended from a very important line of retriever dogs. He even had a certificate to prove it. His real name was Prince Valerian. And his parents were both a Prince and a Princess. In fact, Indy was on a very important assignment.